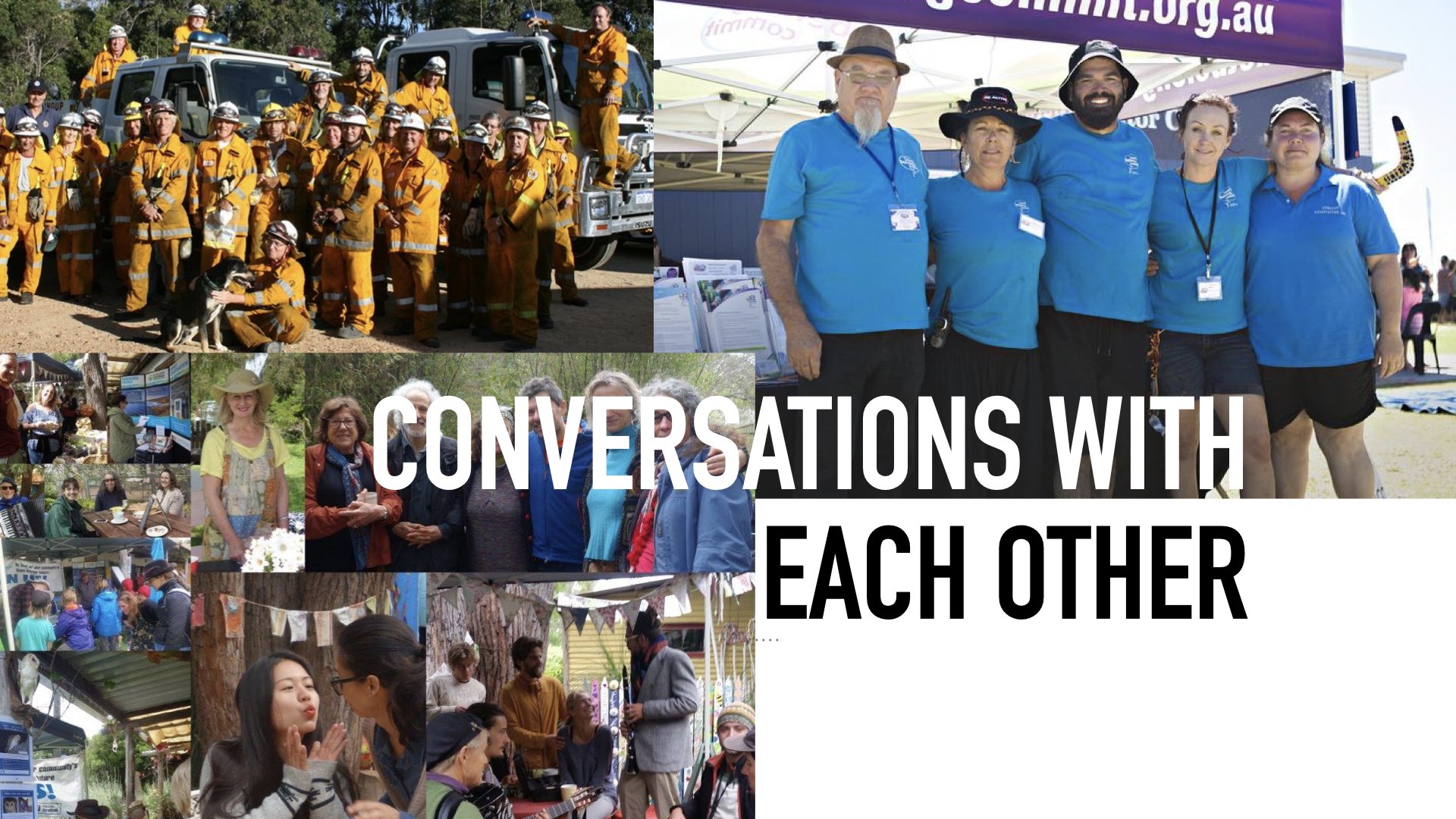 Fire has been an integral part of the Australian landscape for hundreds of thousands of years. Since the Europeans arrived in Australia there has been a dramatic shift in how the landscape has been managed and the role of fire.

This article is the second part of a talk delivered by David Galloway at the 3 June 2021 Fire and Biodiversity workshop in Margaret River, Australia. It explores how we can begin to transition into a new culture of burning

Learn …. we need a new word for “Biodiversity”

Biodiversity is too slippery a word to be of any real use.  Let’s change this to “places” or “localities” or country.  With our new connection with our neighbours, in our places, let’s start from the point that humans and fire are going to be present in and be part of our management of these landscapes.

From the assumption, we need to start in our place with our neighbours and ask these questions…

Learn…. to burn better not less

There is enough information out there in the Indigenous communities about how to use fire to manage the landscape.  We just have to develop partnerships and show respect that this knowledge has been fifty thousand years in its evolution.

We can burn better and at the same time build species richness and abundance.

Learn ….We will still need heroics

Recognising the need for change and beginning to burn better is good, but it will be a long time until we can use fire to manage the landscape. Until that time we will still need to protect against bushfire.

Learn…. to have better conversations

To make this change happen we need to have two, parallel, serious and long-term conversations.

The Government and Change

Let’s start with the Conversation with Government.

The way we have done things, and particularly for those who work in government, is like a huge ship that is difficult to turn around.  In the case of fire and biodiversity there are a number of very big ships in the water. In Western Australia these are Department of Fire and Emergency Services; Department of Biodiversity, Conservation and Attractions; Local Governments and the Forest Products Commission. Other areas will have a similar suite of agencies.

Theoretically, governments work on policy cycles: consultation informs policy and the government attempts to deliver according to the policy to maximise the good for the most people.

In reality, things are much more messy.

In the Conversation with Government there are many organisational and individual barriers to change. Change is going to be difficult, ponderous and bound by policy cycles.   It will hit up against organisational inertia, people who’s identity is wrapped up in maintaining business-as-usual, and be strongly influenced by the elections ….but the ships of state can be turned around.  Consequently, when we see change we should support the officers who are driving change, as it is not easy.

The most effective way to change Government is to:

People changing with their neighbours

Compared to the challenges of working with government  Conversations about private land are likely to be far more productive and efficient.

There are three major groups that need to start talking in their places, not at a policy or organisational level.  The local bushfire brigades, the conservation organisations and the Indigenous organisations.  All of these have large memberships which, through individual owners and managers can influence significant tracts of land, and have a vested interest in good outcomes.

We Need a New Language

Changing our relationship to fire in the landscape means we have to reach across the fences and make this happen. And this will work better if we develop a new language for talking about fire.

Talking the language of fear – risk, preserving our assets, fuel loads being too high, permits, compliance, regulations etc. gets in the way of finding new paths.

This new language will have less words about policy and regulations, and more words about sensitivity, being local, science, knowledge, being intimate with fire, context, landscapes, animals, low key and relaxed.

This new language will also be less about words and statistics and more about using multiple channels of communication – images, video, stories and sound.

The final article in this series shows examples of this new language.