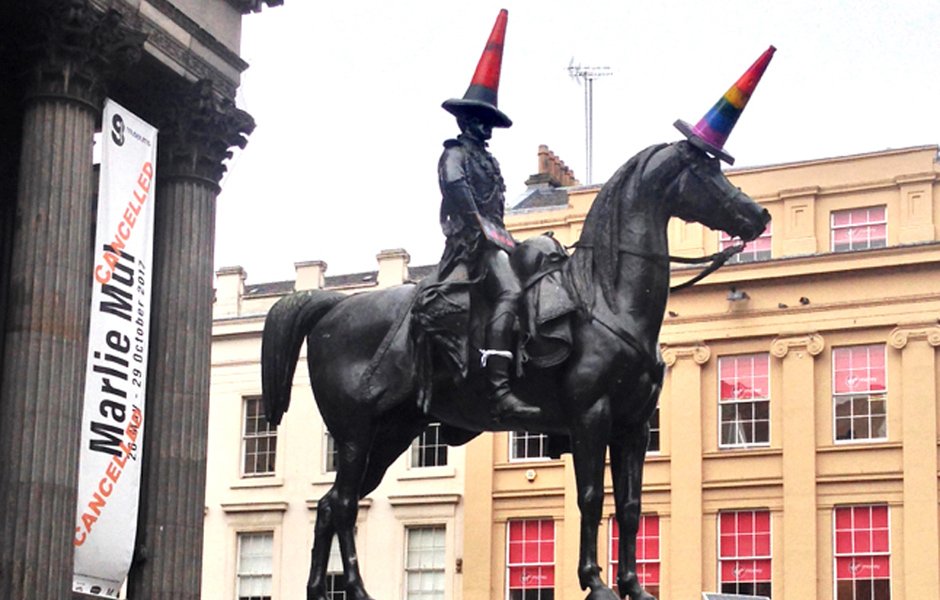 Public art is installed to capture the wider vision of how the city (usually) fathers want to portray themselves to the world or capture a particular zeitgeist in physical form. This public art ranges from the heroic and military thru to the abstract and interpretative. For a highly nuanced and insightful analysis of public monuments see this article from The Conversation.

Usually the older the statue the more likely it is to be heroic. None more so than the Duke of Wellington statue outside the Glasgow Museum of Modern Art.  But since the 1980’s Glasgow’s city fathers have been waging a war against the Glaswegian desire to give the Duke a sense of humour by giving him a traffic cone hat and, using him as a location for symbolic statements. In this case the horse has a rainbow cone showing its support for the 2017 Pride Festival.

And this is the essence of a good city and good public art, where the art has its own integrity but it can be repurposed to be relevant and seen as valuable. The Duke is very likely to be remembered for far longer because he has been repurposed; rather that left on his podium untouched, distant and forgotten.